Home » 2004 SVT Lightning » 2004 Sonic Blue Lightning Revival
So some history found on the 2004 Lightning I bought in Dubai. – See post https://theinfamousproject.com/new-project-in-dubai It was originally purchased in the state of Washington where it immediately received a fully built DSS motor and Kenne Bell supercharger before being shipped to Dubai. Once here I am not aware of the full story but told that the owner eventually sold the truck and it ended up in the wrong hands where the truck was then impounded by the police.
The truck sat outside in the hot Dubai sun and exposed to a ton of dust/sand where a friend of mine managed to buy the truck for the cost of the impound fees. Unfortunately once cleaned up the truck presented many issues! Bad supercharger bearings in the Kenne Bell and even worse, a blown head-gasket. Water had stayed in the top end of the motor corroding the cams and other engine components making this truck a much larger project than he bargained for.
Unfortunately the owner had to let the truck sit even longer when he decided he was just going to sell it off where is where I came in. Wanting my old 23″ Oz Vela’s back and a Lightning I figured this was the perfect opportunity. Little did I know that a few months later I would be buying back my old Silver Lightning! -See post https://theinfamousproject.com/couldnt-resist-and-bought-it-back-2000-svt-lightning
I now had an array of parts and not just 1 but 2 lightnings! As mentioned in my other post, I bolted some goodies that came with the blue truck onto my silver one and also had some of the paint issues on the sonic blue truck touched up before I decided to ship both trucks back to the USA. The silver truck running and driving was great but the blue one needed too much work to try and repair it in the UAE. A close friend of mine was also starting to express interested in the 2004 Sonic Blue.
Upon arrival to the USA (Florida) my friend decided he was going to tackle the project and it almost immediately went under the knife and had the cab/bed lifted off to paint up the frame, replace all the corroded brakes (the Dubai sand got in everywhere), and installed a low mileage engine from a Harley Truck. The truck is now detailed and running great! It did require getting the differential rebuilt as some bearings were bad but otherwise a nice clean and saved 40k mile truck!
See below from the way it looked in Dubai up until now driving on the streets of Florida! 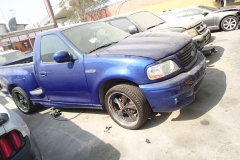 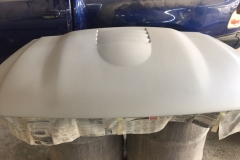 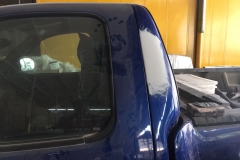 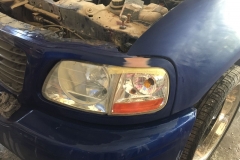 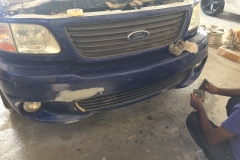 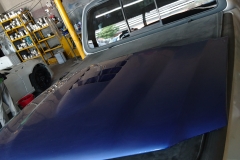 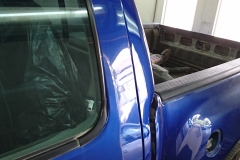 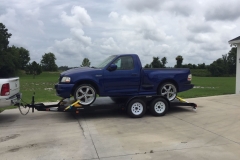 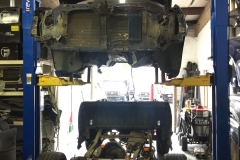 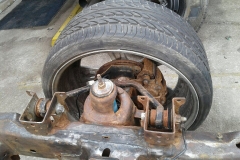 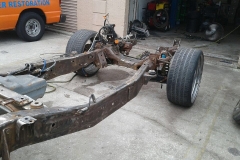 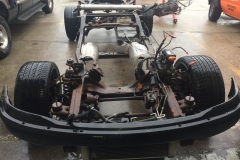 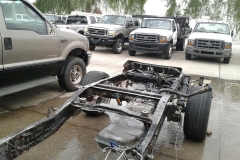 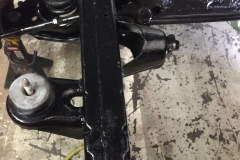 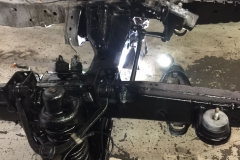 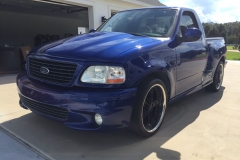 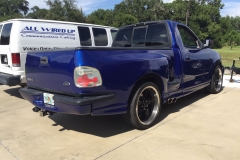 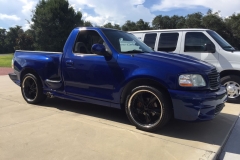 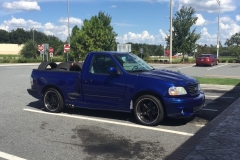 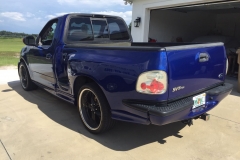